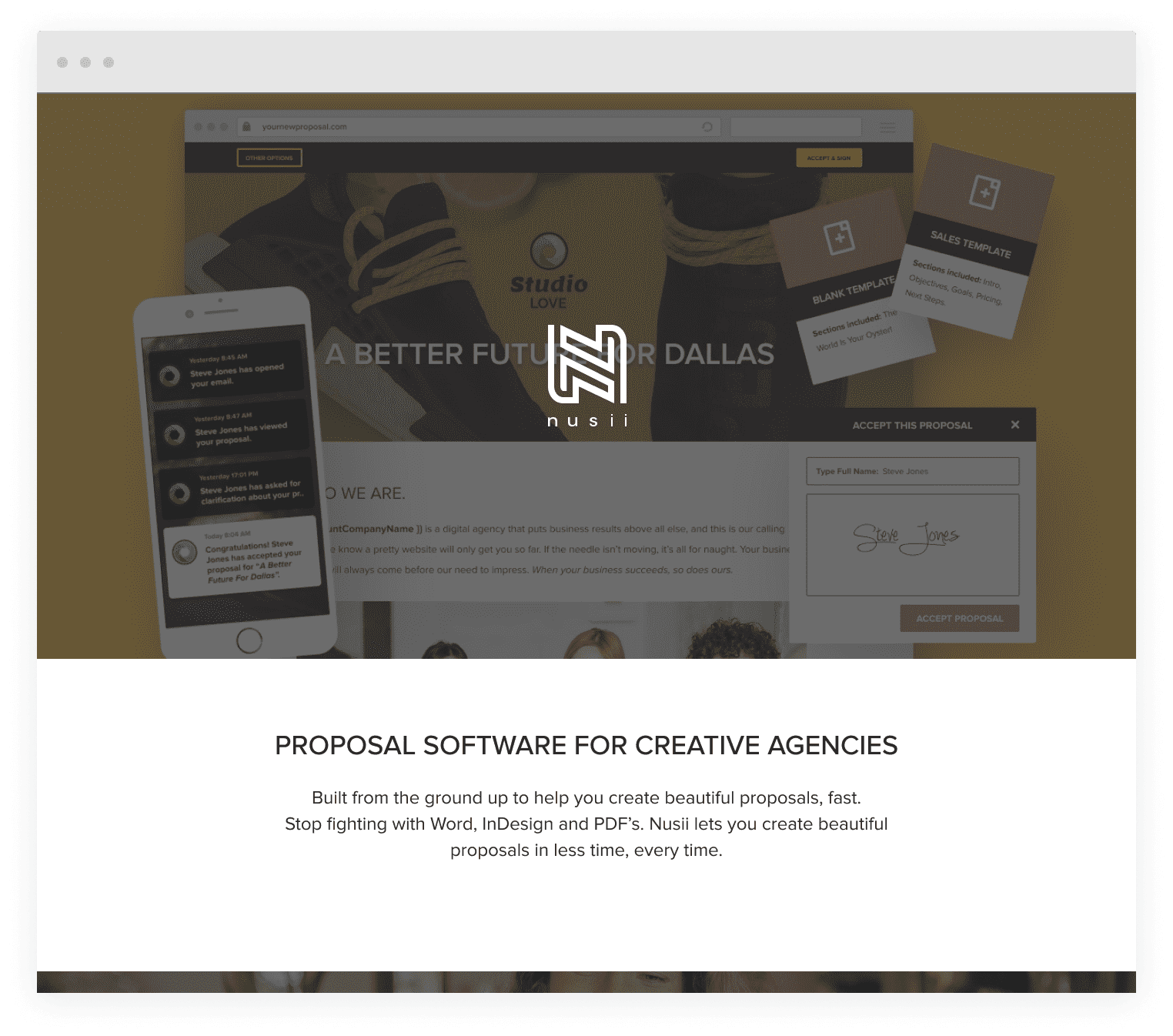 Intro to the company: Nusii

Nusii began life in 2014 as an alternative to the time consuming systems that were around. Adobe InDesign and static PDF’s were the dish of the day.

Very few online alternatives existed and those that did were outdated. Nusii began as a personal project and soon grew into a real business that was my main focus for several years.

The goal was simple; create a standardised, repeatable system for the creation, sending and signing of client proposals. "From the start, simplicity was key for us, but simple isn't as easy as it sounds.

Nusii wouldn't be what it is without Nathan's expertise and dedication.

Great UX is fundamental for any successful software. By working closely with customers and testing early and often, Nathan was able to successfully iterate and give our customers what they needed.

If I had to start a new business, I would definitiely be knocking on his door. I suggest you do too."

When you’re competing with established methodologies, the fight can be a tough one. Many creative agencies clung to Adobe Illustrator and InDesign as if their lives depended on it. “We want complete artistic control!” Which is a fair comment… However, my own experience showed me that these traditional systems could take anything from a few hours to several days to create and send a new proposal. There is a balance that needs to be struck between efficiency and designed-by-hand-pixel-perfect-proposals (that are static and not trackable once sent).

The process was very organic. Being a designer and having access to many others, meant that any problems they were facing were at my fingertips.

Designing a system from the ground up meant that many simple paper sketches and user flows were drawn out before getting near a laptop. Working out which elements were a must-have, and which were nice-to-haves was made easier through plenty of conversations with agencies.

The initial version was going to be bare bones. Something that would get the job done. Period. An MVP was needed to get the ball rolling and to start some real conversations… AKA, with paying customers. This was the initial goal I worked towards. 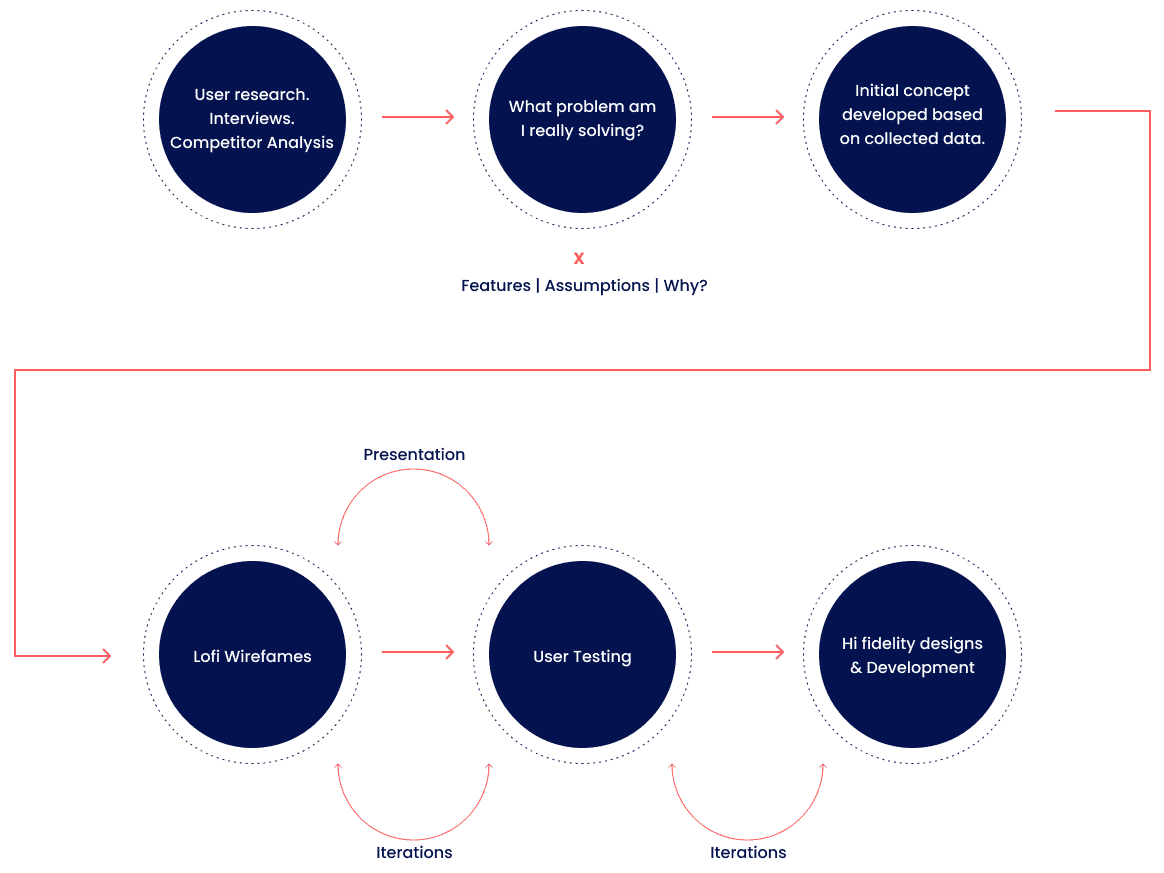 The problem of competing against established systems.

For the longest time both freelancers and agencies have deferred to the good old PDF to create and distribute their client proposals. The primary challenge was to demonstrate how much time could be saved with an online, trackable and reusable proposal template system.

The problem of not having a “name”.

Getting your product in from of people can be tough when you aren’t internet famous. If you know about the world of Bootstrapped products, then you've probably heard the phrase Audience First. And while I did have a small following, I was no Jason Fried (Basecamp co-founder).

The problem of financial limitations.

In an ideal world, a UX designer would ideate and iterate until the cows came home. In the real world, this is seldom the case. Given that this was (initially) a solo venture, I had to place some hard limits on myself. The limit I chose was financial. I had set aside a sum of money to develop the MVP, if it failed to attract paying customers, I would cut my losses and say I tried.

Expectations on a personal project are difficult to measure accurately. You’re both sceptical and optimistic in equal share. You want it to be a huge success, but at the same time doubt it will get even one customer.

At its core, my expectations were to complete the MVP and get it live. After that, anything was game.

Below you can see a couple of early concepts... 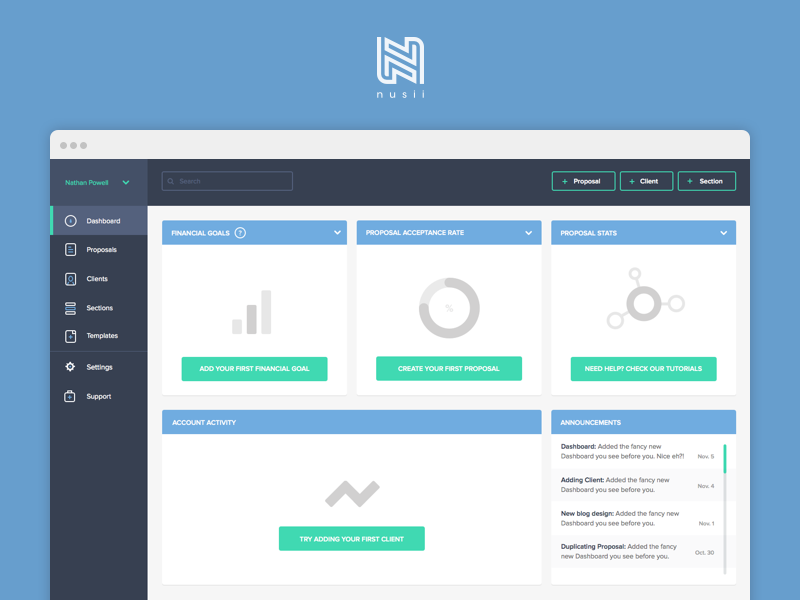 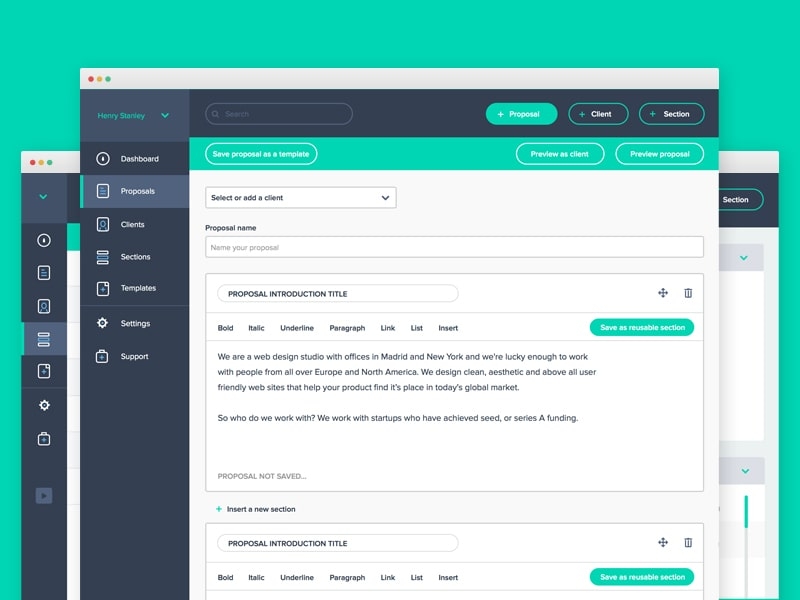 As with any new project, certain things need to be understood:

Belonging to my target market I was able to make assumptions that I could later test with real-world agencies. I have always found it preferable to work with feedback from flesh and bone folks, rather than personas. If the opportunity is there, then I will always go for real world data and testing.

I was lucky enough to see Nusii from its very beginnings to when I sold it. This meant I was able to enjoy the iterative process from beginning to end…and there were many iterations and improvements made over time. Once Nusii became an established SaaS, the only limitation was development. Below you’ll some of the iterations that Nusii went through.

As a sidenote, I previously mentioned how I had access to real world testers from the beginning. It bears mentioning that it was through working with Nusii that I really learned the value of customer interviews, research and the absolute gold that can be dug up during real life conversations with users/testers. 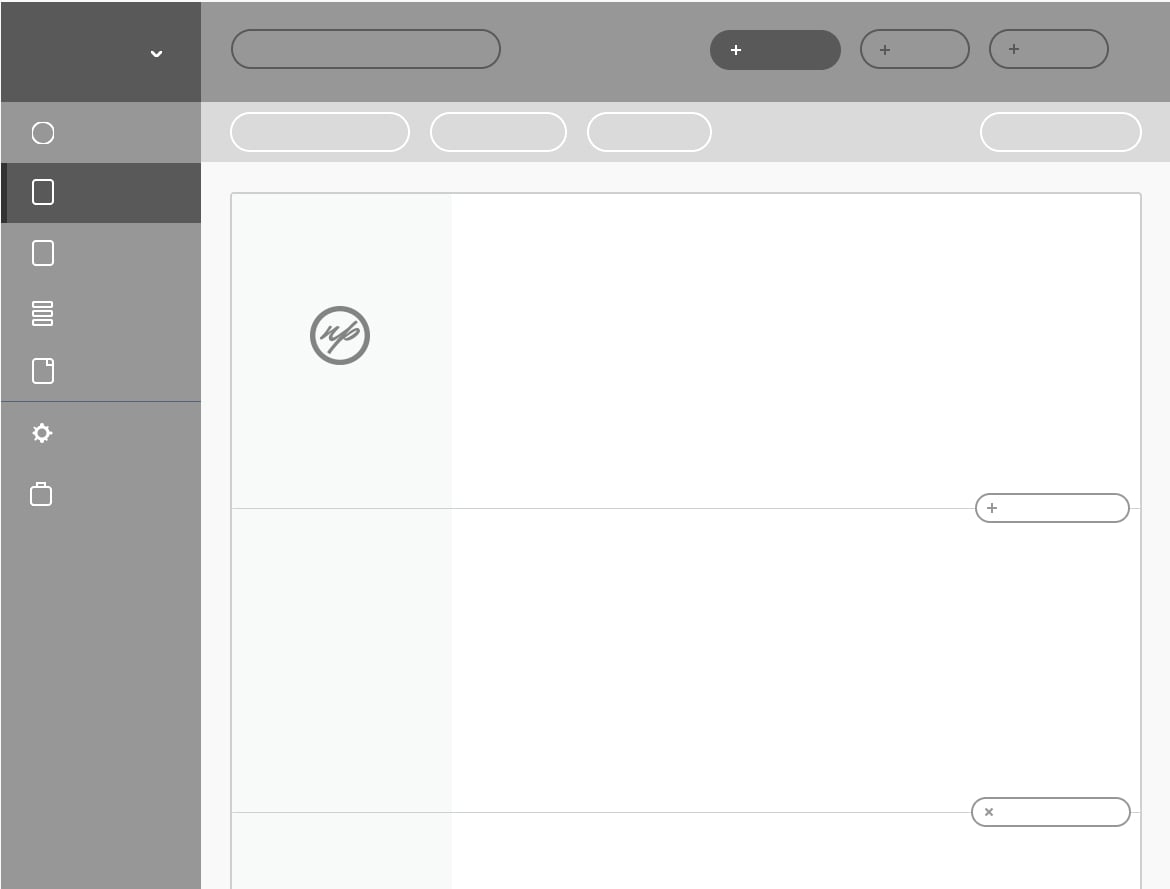 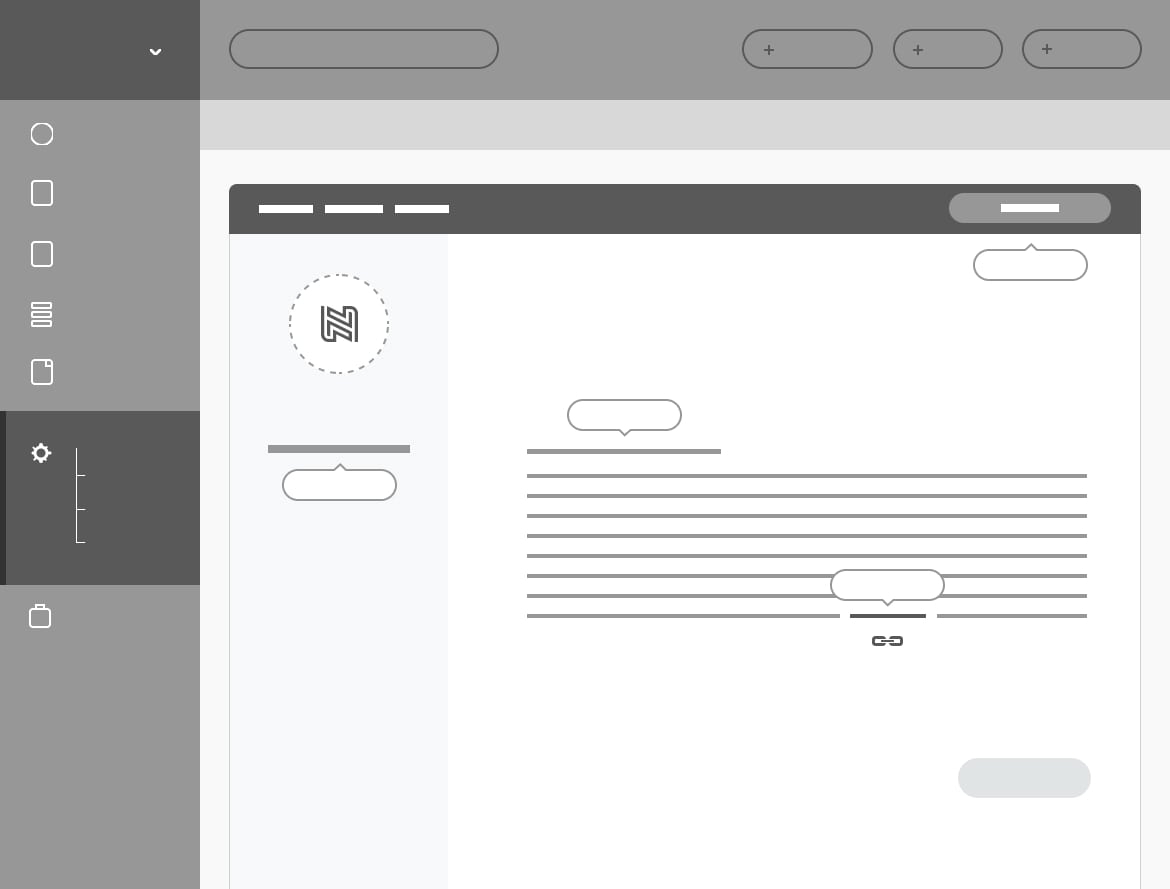 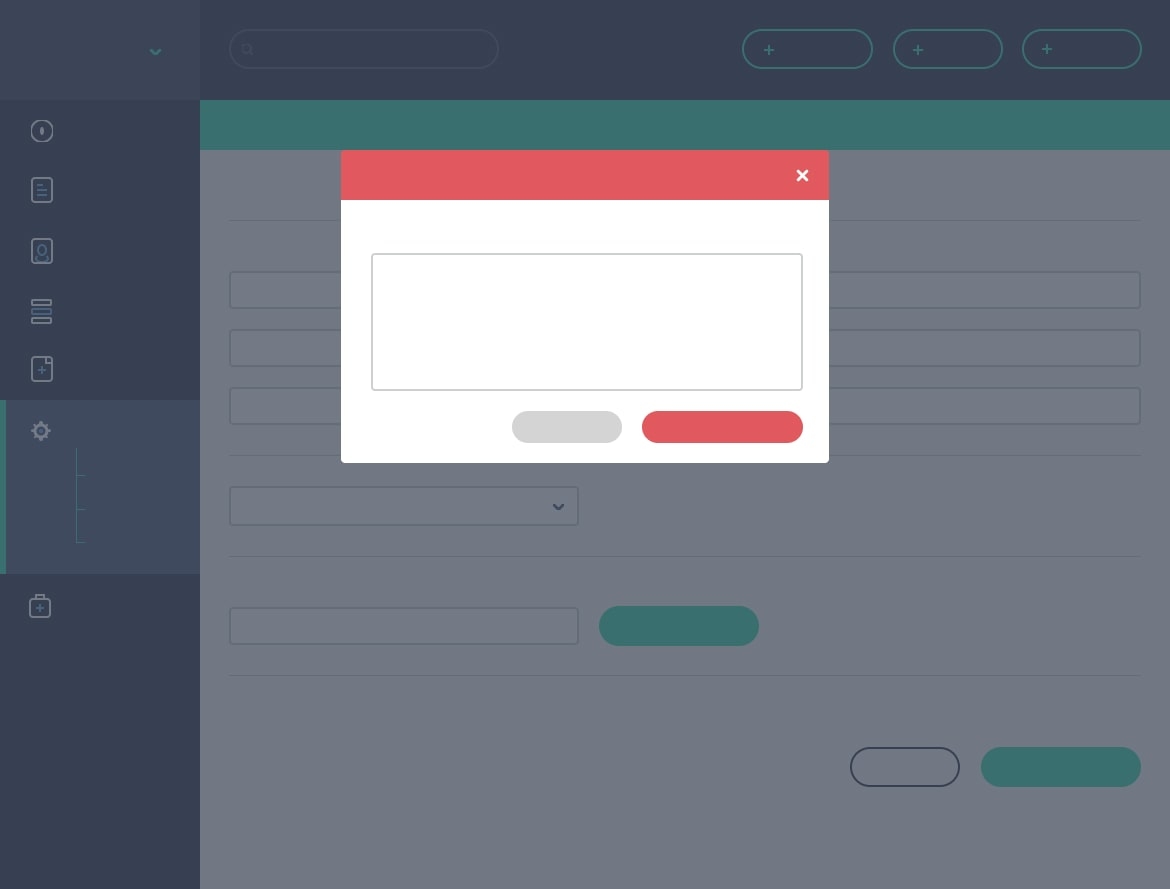 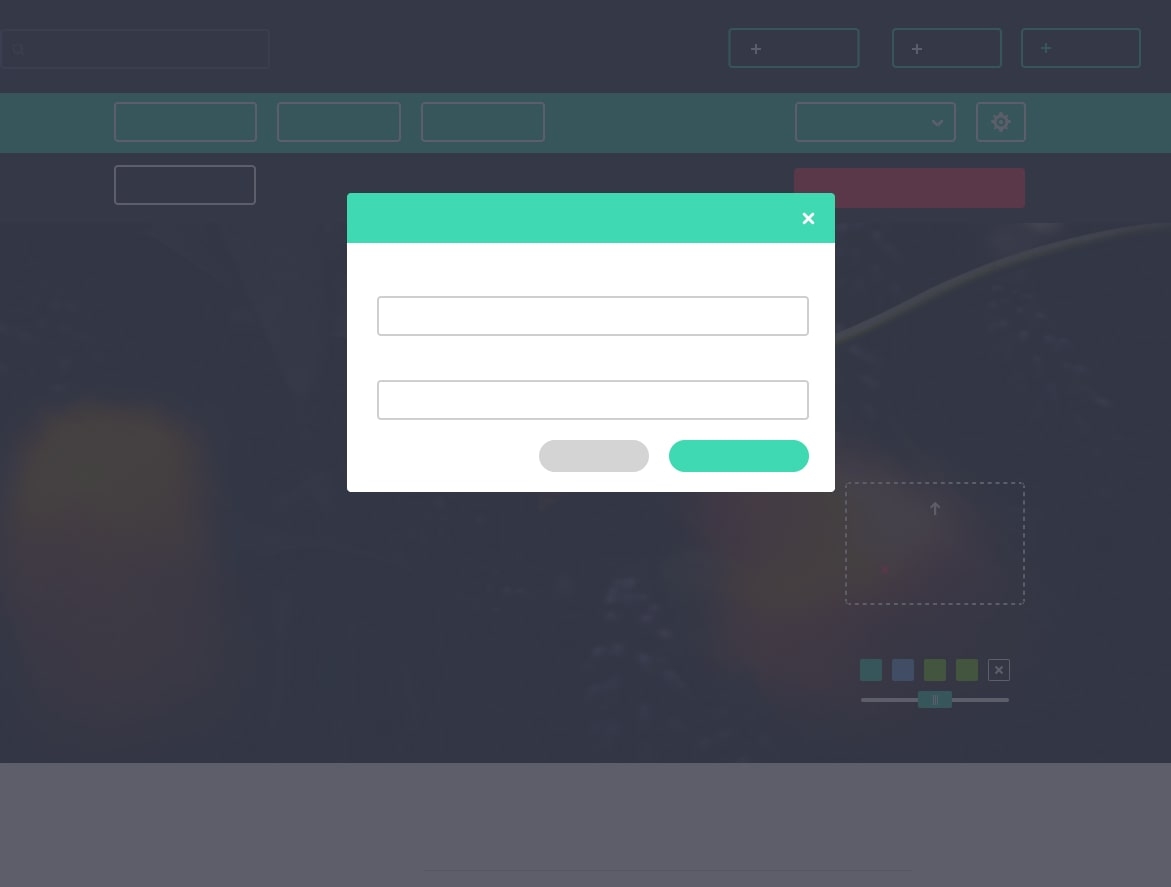 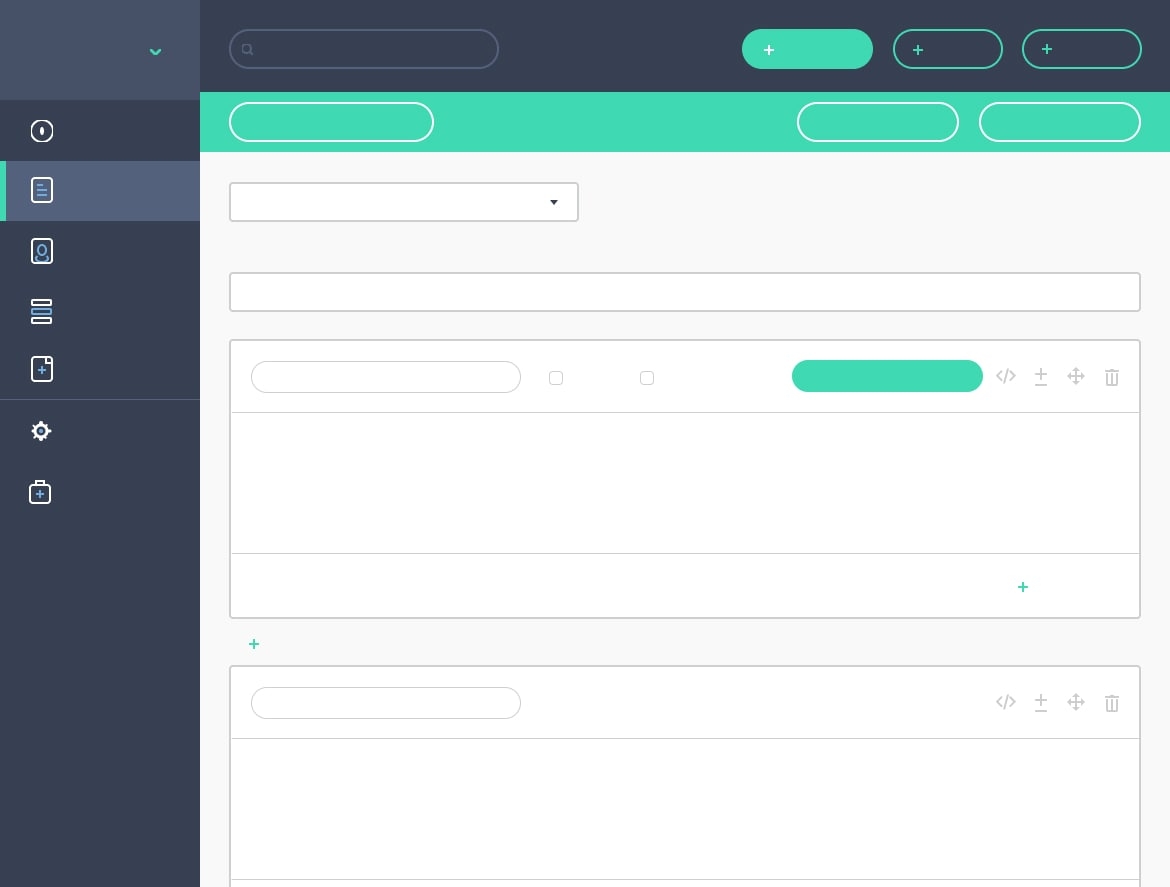 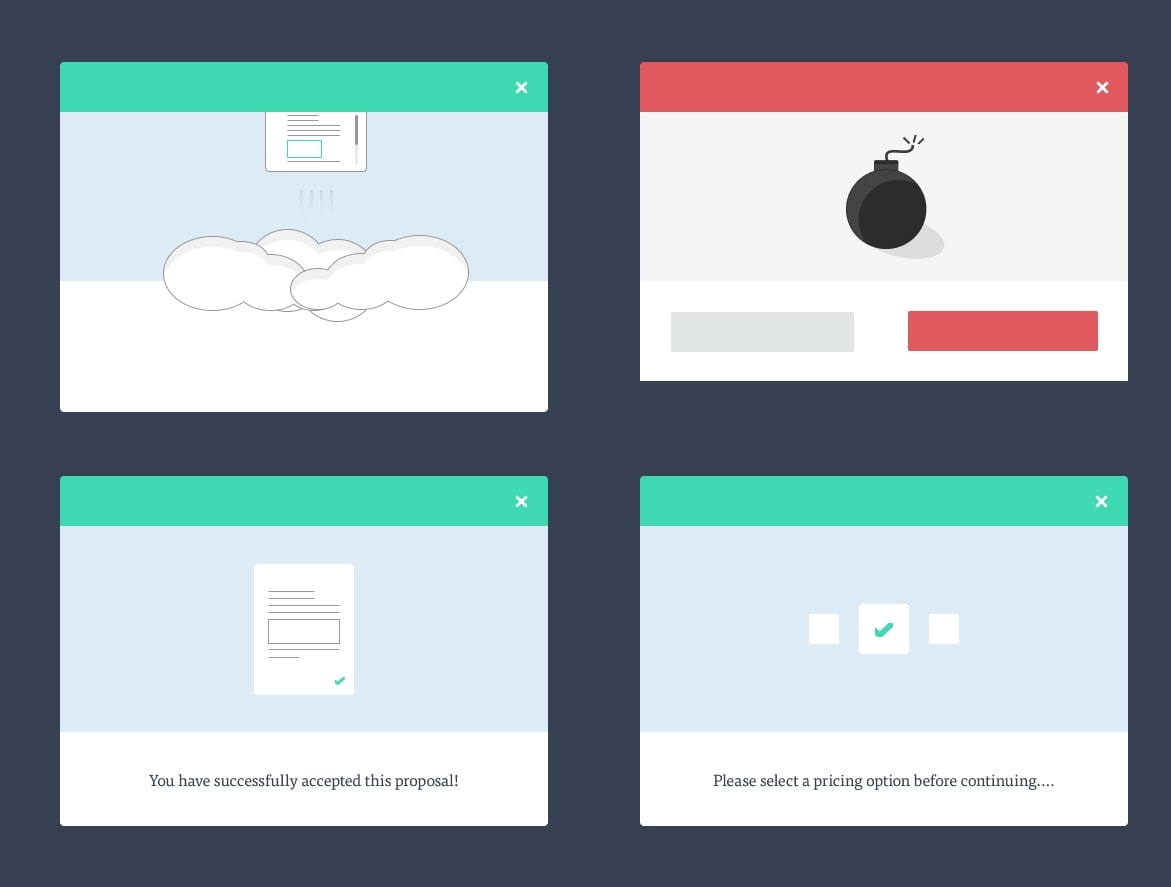 When working for a third party the question, “Has this been a successful project?” is a different question to when you are your own boss.

Nusii was my first serious venture into software design and my first foray into the world of entrepreneurship (other than writing a book on design sometime earlier). It became my passion, my joy and my main income for several years before selling to my co-founder.

What you learn by building your own software outweighs any course, client project or university degree that one might obtain. Designing software is always challenging, but when it ends up being used by agencies in over 60 countries around the world, you learn a lot about yourself, how you communicate with others and how to deal with solicited and unsolicited feedback 😊.

Interested in working together? Drop me a line and let's chat!